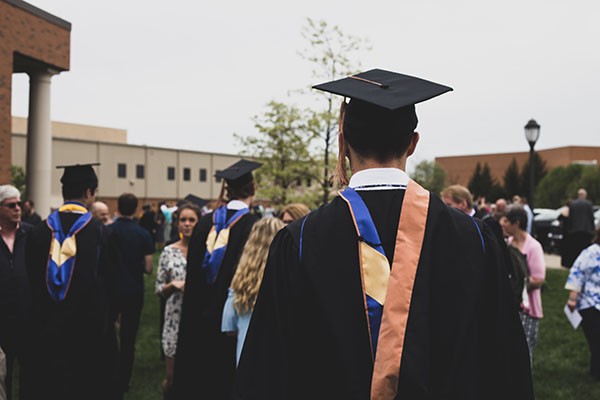 Varsity Blue is Nothing New

Working with colleges and universities nationwide it is hard to ignore this topic. It isn’t just colleges that are discussing this, a whole lot of folks outside our educational system are weighing in. In my opinion, Felicity Huffman did the right thing. She stood up, apologized and was humble; to me she seemed truly sorry. There is no arguing that she, along with Lori Laughlin and a whole lot of other parents, were wrong in what they did. You could easily argue that it was disgusting, vain, stupid, childish and egocentric. There would be no argument from me. Nor would I push back if you chastised those that helped them pull off this fraud. All of them are guilty. Whether some of those parents or their co-conspirators should spend 40 years behind bars is a story for another day.

Most people are disgusted by the whole thing, although a few find it entertaining. There seem to be two schools of thought; people either are righteously indignant or simply resigned to the fact that this has been going on for years. I fall on the side of the latter. Before my friends in admissions go crazy, allow me to explain. One premise that I operate on is that the admissions process is far from an exact science.

Look at my own situation on getting in to college. Connecticut College is a very small school and my Alma Mater. As such, it was easy for me to become an involved student. Despite not really being involved in high school, friends of mine at Conn College encouraged me to get involved, so I did. This involvement gave me access to many of the administrators at the school. One of whom was the Dean of Admissions and Financial Aid. Dean Hersey was an incredible woman, great at her job, a warm individual that really cared about the students. If I’m being honest, in high school I was neither a gifted student nor a hard working one, but somehow, I got into Conn and with a fair amount of financial aid. At a meeting one day, I asked the Dean how I got in. She politely explained to me that every year she allowed each member of her staff to offer admission to one student that on paper was not qualified but that they felt would thrive at the school as well as bring something to the community. She referred to this as a folly. She told me I could have been someone’s folly that year. She reminded me of that conversation often before I graduated. Whether or not I was a folly will forever be a mystery, however, several other people from my high school who were more academically qualified were rejected from Conn. It’s certainly not an exact science.

Media members and others have pointed out that making legitimate gifts is a totally separate issue and those gifts potentially help a wider cross section of students. They may be right but, when the whole scandal broke, Dr. Dre tweeted out that his child got into USC the right way and did not need to cheat. That tweet was quickly taken down when a number of people pointed out that he had donated millions of dollars to the school and had funded a program there. We will never know if that donation greased the skids or not. What I feel safe in saying is that there is a myriad of reasons that colleges take students, we would be naïve to think that money, athletic prowess, or lineage have never been a part of the process.

One argument that I’ve heard a lot is that many people are upset that people like the Loughlin girls are unfairly taking the spot of a more deserving student. Be careful when you fall into that slippery slope. Qualified is very much a judgement term. Are we talking strictly academically qualified? What about those students that are less academically gifted but become phenomenal leaders? If academics is your only criteria, we are certainly going to lose some athletes in the process. Dexter Manley, an incredible NFL defensive lineman spent four years at Oklahoma State University. Like many blue-chip athletes he never graduated once he was drafted into the NFL. Years after he signed with the Washington Redskins it came out that Dexter was functionally illiterate. Nobody at Oklahoma State University ever was arrested or tried for committing fraud. Clearly, he was academically unable to complete the classes that he received passing grades in.

I usually try to tie these blogs back to Fun Enterprises and relate the topic to something we do.  Although it is impossible to make a meaningful connection between the varsity blue scandal and the novelty programs or speakers we provide, this is a huge topic with many of our clients, educational or otherwise.

Clearly there are life lessons here:

Varsity blue may be nothing new to a lot of us and although we may not be overly surprised that, in this case, celebrities and other wealthy families paved the way for their children with money, it’s not the first time and it certainly won’t be the last.

Ken Abrahams is a 1982 graduate from Connecticut College. His parents were divorced when he went to college and nobody sent a bribe to the crew coach to get him in. Although his freshmen year roommate was on the crew team. If you visit Conn Coll there are no buildings named after him. He does donate regularly to the college because he believes the education he received there both in and out of the classroom has helped guide him through life.

Photo by Charles DeLoye on Unsplash