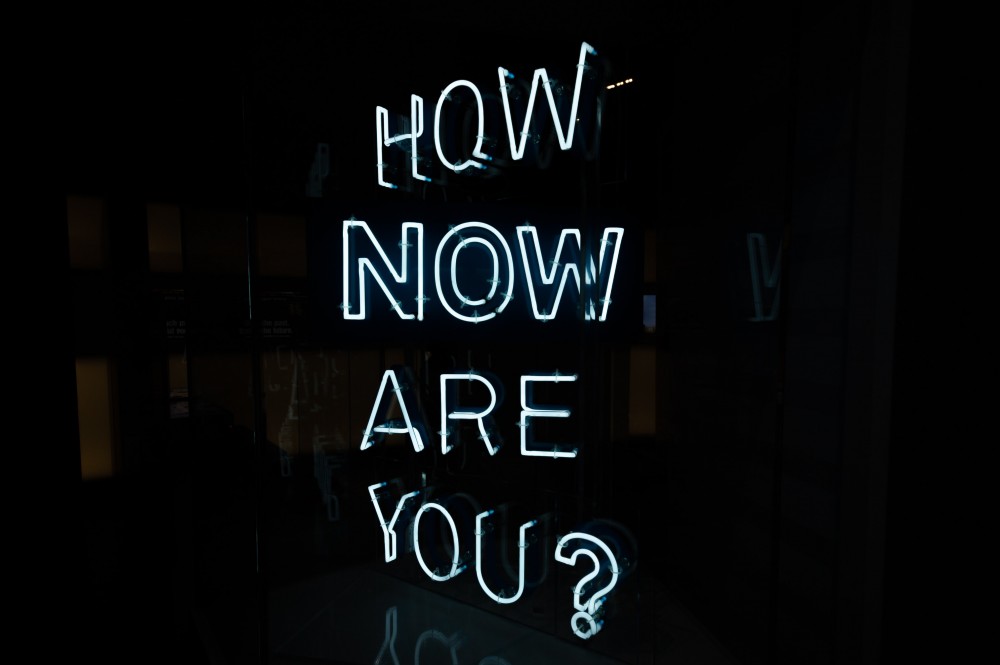 Hey, how are you?

That question is one that all of us have asked and answered tens of thousands of times. Most of the time, we simply put the response on autopilot and say things like fine or great, how about you? Lately, I’ve really been thinking about that response and how on earth I’m supposed to answer that question? What answer do you want? Do I say fine and go about my day or is the answer something more realistic? If you have any suggestions please do share. Like so many of you, my days are filled with Zoom calls and hours on the computer. Truth be told, long hours in front of the computer screen were the norm on a daily basis but that time was broken up by frequent calls from clients or vendors. Those calls have been replaced by silence, wrong numbers, notices that my Google listing is not up to date or robocalls.

It is a hard question to answer honestly without sounding petty and/or bitter. So much has happened in the world since March first. We are still in the throes of a Pandemic and, at the same time, a period of incredible civil unrest. Businesses have been shuttered, some permanently, while others have been looted and burned, and others are hanging on by a thread waiting to reopen, waiting for a sense of normalcy. Lives have been irrevocably changed, some by the Coronavirus, some by the protests and some by both. Many of us are working remotely and thriving, while others are feeling isolated and trapped. Are you really sure you want to know how I am doing?

Well since you asked…

I’m angry. In a time that we need real leadership, what we have been given is a steady diet of partisan politics, name calling and infantile tweets. Apparently, our politicians are unaware that there is a pandemic going on, couple that with coast to coast demonstrations and we have a country that is crying out for direction. Instead, our Country’s leadership is still fighting over the toys in the sandbox. Please stop puffing out your chests and do the job you have been elected to do!

I’m sad. There are way too many people in the media who instead of using the platform they have through print, television, or radio to lead a discussion that moves us forward, they choose to spread vitriol and hate. Why talk about the thousands of peaceful protests that have happened over the last three weeks when you can repeatedly point out the incidents of rioting, looting, and burning? How about some kudos to the protest leaders that quickly got the violence under control and got everyone back on message?

I’m concerned. We are starting to reopen. How is that going to work? How do we get stores, colleges, elementary schools and other businesses open safely? Despite understanding the need to get things open, there is still a disease killing people that we don’t seem to know enough about. What does social distancing in a classroom look like? How do you keep kindergarteners away from one another? How do you teach and sanitize at the same time? As for the business end of things, I am very concerned about that. Many people are under the delusion that, since things are starting to open, the economy will heal, and jobs will be safe. In the last week, there have been several people that I am connected to that have been furloughed, laid off or simply let go. Not only has the economy slowed (regardless of what the stock market is doing) but things are changing and quite possibly permanently. Many businesses are looking at making remote working a permanent option for staff. This will impact everything from landlords, to companies providing copiers, to coffeeshops and restaurants that rely on those office buildings for their very survival. We haven’t seen the true fall out from this yet.

I’m conflicted. There is no escaping the fact that there is racial and economic inequality in this country and there has been for years. It is also clear that there are bad/racist police officers but not all of them fit that bill. In every profession, in every part of this country, there are individuals who harbor racist or bigoted ideas, that, unfortunately, is not limited to police officers. Two months ago, we were thanking police departments and other first responders for their service and sacrifice and now they are being demonized almost universally. It is hard to believe that either reaction is 100% accurate, not all of them are hero’s and neither are they all villains. Many men and women that don the uniform day after day are decent caring people that are legitimately trying to make positive changes in their communities. Many people feel that voicing support for the police, in any way, shape or form, means that you do not support change when it’s quite possible that many do both.

I’m hopeful. Some of what has been coming out, both during the pandemic and the protests, is truly uplifting. Seeing families enjoying quality time together and not looking at it as punishment is great. Watching people help and lift one another up is fantastic. Seeing people talking about what they can do to impact our country and create positive change is inspiring. I believe that people of all ages are going to ask more of our elected leaders and this election in November will probably have a very high turnout.

I’m impressed. Following the rioting, looting, and burning of some of the earlier protests, many people whose buildings sustained damage, some that had been there for decades, were asked if they were angry. Their responses, in many cases, were that they lost stuff that could be replaced but many in the groups that were protesting had lost so much more.

I’m shocked. After clearly missing the point on Colin Kaepernick’s protest several years ago, the NFL has done a complete 180 and will now allow the players to protest during the National Anthem. Some see this as a travesty and disrespectful to veterans. Please remember that he started his protest by sitting down until a veteran told him that was disrespectful and that kneeling would be acceptable. Many have died for us to protect our freedoms, one of the most important one is freedom of speech and expression.

I’m confused. That is the subject of my next blog so stay tuned.

Are you really sure that you want to know how I am doing? Let’s be honest, there is a lot going on. If you ask me the question, I can tell you right now the answer will depend on who is asking. If you are asking to be polite, then you will get a polite response. For those that really want to know, be careful what you wish for. Please note that when I ask you how you are doing, I really want the unvarnished truth. Perhaps it will start a conversation that benefits us both.

Ken Abrahams is one of the people in this world that, all too often, puts reactions to questions on autopilot. That is not really helpful to the discussions at hand. Several years ago, upon learning of a friend who was having some marital issues I said, “I am so sorry.” They reacted in a way that I never expected. Their response was “I never say that to people because it means they really don’t want to talk about it.” For me, it is often because I don’t know what else to say. For the most part, I now try different expressions to let the individual know that I am truly there for them. If you want to read more of Ken’s blogs go to www.funent.com/blog.