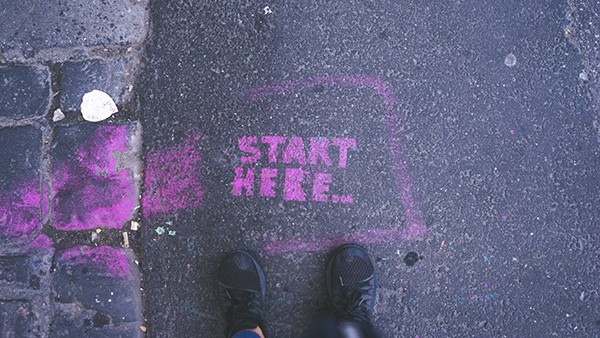 Starting All Over Again

FUN just celebrated our 30th Anniversary and I have been in this business for 35 plus years so how can it possibly feel like I am starting all over again? Years ago, I remember walking into my first entertainment job several months after graduating from college. I left my house very early because I needed to drive through Boston during rush hour to get to Medford. It was pre cell phones, Google Maps, Garmin, or MapQuest; handwritten directions and an atlas were all that I had to guide me. Somehow, I made it. I walked into a very unassuming single-story office in a residential section of the city. The front office had a big plate glass window with two desks, a few chairs, two phones and nothing else. In the back office the owner and the administrative assistant had similar palatial offices. It took five minutes to do the paperwork, another 10 minutes of training and then I was handed a bunch of “leads” which were names, organization or club, and a phone number.

To say I felt incredibly un or underprepared would be an understatement. What on God’s good green earth had I gotten myself into? It was, to say the least, overwhelming. David, who trained me, was leaving the company in a few weeks and I was taking over for him. I spent hours talking to club owners trying to book our talent. Fortunately, David was a fount of information and great support. After 11 months, I had earned under $4,500.00 which even in 1982/83 was awful. Couple that with some ethical challenges I was having with the owner, made it clear that it was time to move on.

Through a friend, I was introduced to another company that was one of the first to provide novelty programming to colleges and corporations and I started working with them. It is one of the companies that led to the formation of FUN Enterprises but that is a story for another blog. Quick side note, it is also how I met my wife but that too will be left for another day. One of the main challenges was that the company was in Connecticut and I was working from home in Massachusetts. Early on it was very difficult. As mentioned above, there was very little training done at the first job along with minimal success. That combination instilled me with little confidence nor a strong skillset to work on my own. Since I was a satellite office, the office was set up in my apartment.

It took a while before I had any success. Part of my struggle was learning a whole set of new programs that I had little experience with as well as working with people that I didn’t know very well. Combine that with working at home, where I found lots of distractions and you have a recipe for disaster. It took a long time before I was comfortable working at home. After a while, I had built up a client base, got involved in organizations like the National Association for Campus Activities (NACA) and created a structure for myself. As time went on, the distractions became fewer while the days became more productive. One thing that I didn’t like was that having your office at home makes it harder to separate the 2. Often late at night, students would call the office to leave a message because they were hanging out with other program board members and had a “great idea”. Yes, there were times when I returned those calls the next day and they had zero recollection of what the idea was or, in some cases, that they had even called.

Luckily, after a few years of working at home my situation changed and I went back to work in an office. First, by myself but later with other office staff. Since day one, FUN Enterprises has had offices, so I rarely worked out of my house until a month ago. Now, it is like starting all over again with a different set of challenges. At this point, having done this for so long, there is no shortage of clients to call, email or set up a Zoom meeting with. There are fewer distractions, not because they don’t exist, there is simply no time for them during the day. Trust me, there are days when binge watching Tiger King is an awesome idea, but it has not happened yet. So how is this starting all over?

Just like when I began, I have no idea what I am supposed to do at this time. Usually in mid to late April we are swamped with a calendar full of dates that I and others are staffing. At the same time, we are trying to fill last minute requests, booking our final High School Post Prom and Post-Graduation parties and preparing for Orientations and Welcome weeks. This is obviously not a typical April.  This April, I am spending a lot more time checking on our clients, making sure that they are doing okay as well as participating in some of our Virtual Programs. None of us seems to know what to do or what to say. Do we offer programs that can be done virtually? Do we simply offer whatever support we can provide? Do we dare discuss Orientation or Fall programs? Trust me, there is no “right” answer. Schools are also trying to figure this out. After identifying and then following through on their financial commitments, including refunds to families, is there programming money left? We have had a many schools book and then cancel a program, all in a 48-hour period. When they started the process, they were told there was money and then shortly thereafter there was a spending freeze.

When I started in this business, I had no idea what I was doing. Thanks to the current situation, I am back in that same boat. Probably the only comforting feature is I am not alone. Whether I am talking to fellow businesspeople or clients, we are all struggling with what to say and how to act. Over the last few weeks my attitude has changed. It may be foolish but I am less stressed about what the future holds. We have put FUN Enterprises, Inc. in a pretty good position to weather this storm but nothing is certain. All we can do is our best.

About the author:
Ken Abrahams started his “career” working on the activities committee at Connecticut College. His dream was always to be in the music business until he realized that he didn’t much like it. Like everyone else he is riding the Coronavirus wave until it dumps him on shore somewhere. He is hoping that everyone is being smart and staying safe.

Photo by Gia Oris on Unsplash