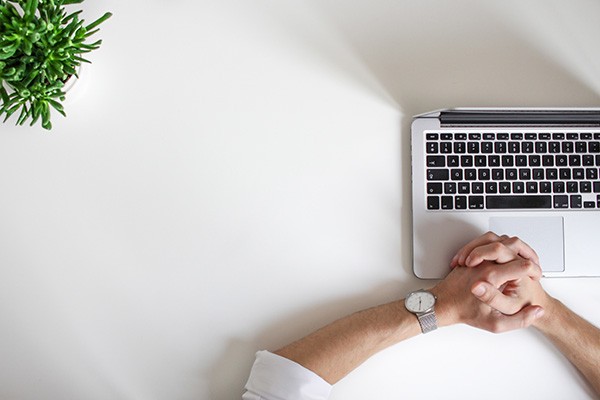 Apple Took a Bite Out of Me

You have been one of my longest relationships. We have been together for years, through good times and bad. It hasn’t always been perfect, but I have been faithful, fighting off other suitors tempting me with sleeker, sexier models. For more than 2 decades we have been together. You were my choice before many companies that manufactured printers would support you. For years, I had you on my desk and even took you to programs when you were shaped like a 1950’s television set. We were together in the lean years before Bill Gates dumped millions in you. Now I fear the love affair may be coming to an end.

It started innocently enough on Friday; I received an email telling me that there was a recall on the batteries put into MacBook Pro computers from 2015 – 2017.  If your computer was one of the ones impacted by the recall, you were to stop using it immediately and bring it to an Apple Service Center or Apple Retailer. Since the email mentioned this was potentially dangerous, I tried to deal with it immediately and went online to schedule an appointment that day. There was a line in the email that said it MAY take one to two weeks to repair. Having had service done in-store previously, I thought little of this one line especially since it mentioned that if you had previously had the battery replaced under this recall program you could disregard the notice.

At 4:30 that afternoon I did a full backup of my system, packed my computer up and went to my appointment at the Apple Store in Natick, MA. Before I get into the details of my visit, I should probably explain why I have stayed loyal to Apple since their products are significantly more expensive than their competitors. The price you pay for a basic laptop from Apple, you can buy a top of the line laptop from any number of vendors.  However, I find them easier to use and they rarely breakdown. Coupled with the fact that it is easy to update software, including the operating system, every time they release an upgrade and have a service team that is usually efficient with repairs done in house and quickly, I am “an Apple Loyalist.” Not to mention that with the number of Apple products that I own, information is shared seamlessly across all my devices.

Not wanting to be late, I left earlier than need be and arrived in plenty of time.  I was checked in then directed to a table where the technician would meet with me, in almost no time he appeared and introduced himself. This is where, for me, things took a turn. He explained that he was aware of the recall but asked if anyone told me that I would be without my computer for one to two weeks? That for this repair, since the battery was potentially hazardous, it could not be put on a plane and had to go to the Carolinas by truck. Then, depending on how backed up the service center is, would determine the length of time I would be without my computer.

Over the years, I have worked on my approach to people when I am in a situation like this. Clearly the young man in front of me neither designed the battery nor did he issue the recall. There was no point in taking my frustration out on him. So, I tried to ask questions that would perhaps lead to a solution I could live with. Was there any kind of a loaner program for people impacted? Not that he knew of, but perhaps because I have a Joint Venture account, which provides members with expedited service, maybe I could get one. However, he was unsure and would be unable to find that out. So, no help there. Was Apple offering any kind of financial relief for those affected? He did not know but would go check. When he came back, he explained that there was no specific program that Apple was offering, but I could potentially get $750.00 back for my computer if I chose to replace it. Of course, they did not do that in house, the computer would need to be sent out and evaluated and I would be sent gift cards in the amount they determined my computer was worth. So, what I was being told was to send my computer out for one to two weeks for repairs or replace it? Yes sir, unfortunately that is what I’m being told. How much would it be to replace what I had? Not being a salesman, he was not sure but thought around $1,500.00. He would get a salesperson for me.

Immediately a very nice man came over to try and assist me. To replace what I was currently using would actually be over $3,000.00. For $1,500.00, I would need to downgrade to a MacBook Air with a 13” screen and less features. At 59 years of age, I struggle with the screen size and I have and need some of the features the Pro offers. At this point, I thanked him for his time and left the store, not sure what I was going to do. Like many Americans, my digital life and my work are both tied to my computer and the prospect of being without was concerning to say the least. However, the thought of spending over three thousand dollars on a new computer, when I was perfectly happy with the one I had, was equally, if not more, unappealing. No matter what I decide to do, I was not feeling good about any of it. So, I did what any mature adult would do, I sent out a nasty Tweet and an email to Apple, with no response. As I was leaving the mall, I reached out to my business partner, who is also our CFO to discuss my options. We both reached the same conclusion, I needed to buy the new computer. So, back I went. Met with a second salesperson and despite my misgivings and frustrations, I bought a new laptop.

It is more than the money that frustrated me, it was the whole way that Apple handled this. Clearly, based on the email that I received; this is not a problem they just discovered. Putting the impacted computers on a plane was not an option due to safety, but why didn’t Apple ship new batteries to the stores? Instead of being without a computer for one to two weeks, it would be one to two days which I could have dealt with. Why did they not offer significantly more money to those of us that needed to repair or replace our computers? We had to replace our computers, at no fault of our own. You sold us a defective piece of equipment! Why did they not communicate better with their in-store personnel and better prepare them for people like me? So many missed opportunities for this to have gone better.

Right now, I am married to you for a few more years since I just invested a lot of money in a new product of yours. Some will ask why I didn’t make the switch now and honestly it was expediency. Having done this before, I knew the data transfer would be seamless and I would face little to no downtime.   Clearly, Apple is doing something right since they are one of the highest valued companies in the world. There stores are always jammed, and people are more than willing to put up the cash for their products. As with most of these hugely successful companies, they lose sight of customer service and satisfaction. Because what money I have spent there or will spend there in my lifetime, is a drop in the bucket to them. Next time, Apple, can you do me a favor and at least pretend you care about me as a customer or as a person? Is that too much to ask? As a company you screwed up and your punishment? I just dropped another $3,000.00 into your pocket. Hardly seems like a fair situation. Time for me to start dating other computers. Yep, my love affair may very well be over.

Photo by NordWood Themes on Unsplash