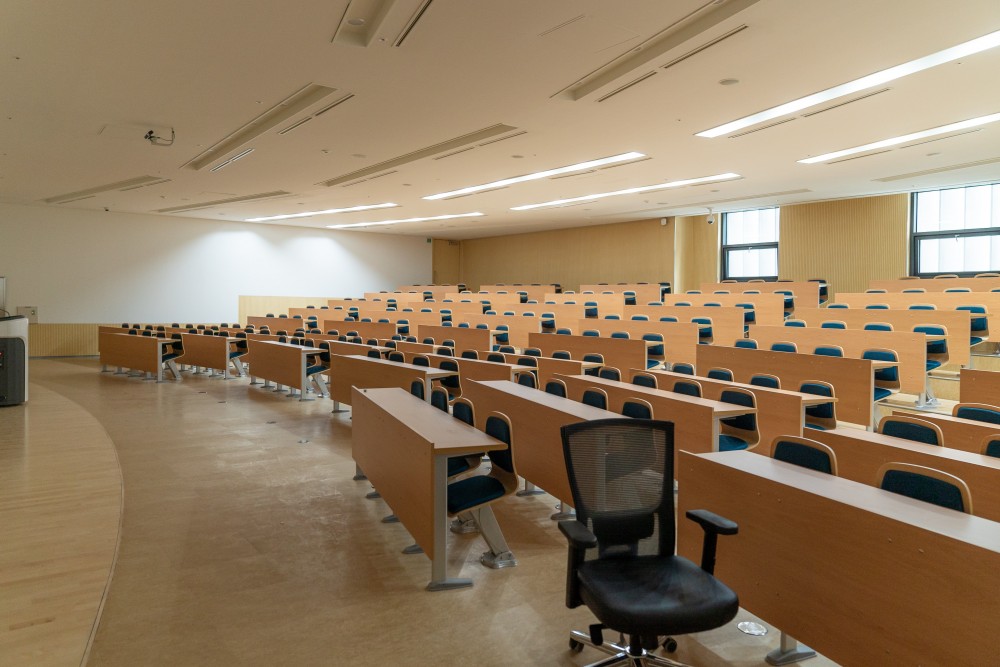 It is hard to argue that at the beginning of the Coronavirus outbreak in the US, colleges and universities led the way in a swift and appropriate response. A number of schools, like MIT, Fordham, Tufts, and many others, made the decision to cease on campus classes immediately and move to virtual/online instruction. In a matter of days most, if not all, of the campuses in the US had either gone virtual for the remainder of the year or had extended Spring Break to re-evaluate the situation in a few weeks. As everyone knows, in the early days of the pandemic there was a flood of information and misinformation. All of us were struggling to not only keep up but decipher what was accurate or credible while trying to ignore what was pure folly.

To their credit, these colleges put the safety of their students, staff, faculty, and visitors ahead of their profits. Based on the speed at which they closed, it is hard to believe that schools even looked at the financial cost but, instead, looked at the keeping their people out of harms way. Those of us that work with colleges and college students, either as outside vendors or local businesses that rely on those campuses for their livelihood, felt the sting immediately. Even before states ordered shutdowns, the impact was swift and devastating. Along with classes moving online and students moving off campus thousands of events were cancelled.

For anyone that provides entertainment to college and university campuses, springtime is one of the busiest times of year in terms of activities. Spring weeks/weekends, leadership banquets, spring concerts, spring carnivals, senior week, leadership recognition events, and commencements populate the end of the academic year. In the space of 96 hours, it was all wiped out. For some, the cancellations took a bit longer. Schools were still holding out hope that if everyone sheltered in place for 3 or 4 weeks a return to campus in April was a possibility. There were even a few that held out hope for on campus, in person, commencement in May. Those hopes were soon dashed.

For many of us going into work each day was a painful chore. Months of hard work on the schools’ part to plan these events was gone in a flash. Calls from the students and the advisors each day were agonizing, you could hear the sadness and the frustration in their voices as they cancelled event after event. We sat in our offices watching robust calendars dwindle away to nothing. The phrase we heard again and again was “Out of an abundance of caution we will be cancelling…”. When an email or a phone call started with that phrase, you knew it was not going to be positive. For me, and many others, the news was devastating but understandable. The schools needed to protect their populations from something that very few people on this planet had ever lived through. We may not have liked what we heard but we respected it.

It didn’t take long to see that the financial hardships that we were facing were being faced by the schools as well. A few of the institutions that had dates on the books asked for a credit, if they had prepaid, but not for their money back. Others, who had also sent checks in for future dates, needed the money returned. That was followed by a lot of discussion about the financial shape of many universities nationwide. A shutdown like this meant that parents and students wanted refunds for room and board based on the fact these services would no longer be provided for the rest of the year. Some sent those refunds willingly, while others tried to broker deals with families asking them to consider using it as a credit for the coming year. There is even talk that some institutions are facing lawsuits from parents and students seeking compensation for tuition since they paid for on campus instruction and got online. As the Spring has gone on, it has become clear that an on-campus experience in the fall is vital to the very survival of many colleges and universities nationwide. Southern New Hampshire University President Dr. Paul LeBlanc wrote an article that appeared in Forbes Magazine on March 29th laying out a grim reality for many schools. https://www.forbes.com/sites/paulleblanc/2020/03/29/for-higher-education-nothing-matters-more-than-september/#6a355d73538b

Over the last 3 to 4 weeks, many schools have announced that they plan to resume on campus, in person, instruction in the Fall. Many, like the Florida state system, have made the announcement that they will be open but have limited or no details of how they plan to do that. Their statements, in terms of timing, make sense because deposits for incoming Freshmen are due and now colleges desperately need that cash to survive. They can’t risk a student deciding to take a year off and defer or search for a school that will be on campus in the Fall. The stakes are high. For Paul Quinn College’s President Dr. Michael J. Sorell,  they may be too high and there may be too much risk. His May 15th article in the Atlantic is sobering. https://www.theatlantic.com/ideas/archive/2020/05/colleges-that-reopen-are-making-a-big-mistake/611485/

For those of us who derive a living working with colleges, an on-campus Fall is much needed but many of us are concerned about what that means. We have heard that to make this work logistically, schools will need to take a lot of non-academic space and turn it into classrooms. This will take space that is utilized by students offline since it is now academic space. Along with Dr. Sorrell’s concerns, I question what kind of an experience we are really offering to students, especially the class of 2024. Being on campus just to attend classes is not a robust college experience. College is about more than the academics, it is an environment to learn life skills, like leadership, living and working in a community, compromise and of course fun. If there is no ability to provide all the elements of a collegiate experience, is the only reason to bring students back financial?

When all of this started, the direction of so many higher educational institutions were clear, proceed with an abundance of caution. On March 9th or there about, when all the school shutdowns started, there were less than 700 reported cases in the United States and less than 100 deaths according to the CDC. Now, less than 3 months later, confirmed cases in the US are rapidly approaching 2 million and deaths are almost at 100 thousand. Where did the abundance of caution go? Clearly, it has been replaced by fear. The fear that no students on campus will be the end of some of the colleges and universities we have come to know. Some schools like Purdue and Southern New Hampshire have plans that seem to be well thought out and workable. For many others, figuring it out as you go is just not good enough. Granted, we know more now than we did back then, but some experts predict as things open the numbers of cases will rise, again. I hope they are wrong but just like back in March, the safety of your communities should be priority number one. I know at FUN the safety of our staff and clients is and will be our main concern.

My name is Ken Abrahams and I am one of the owners of FUN Enterprises, Inc. For 30 years we have provided entertainment for a wide range of clients including colleges. Like so many of our clients, we are concerned about what the future holds for so many businesses, including our own. Yes, a return to the Fall of 2019 would be great. A time when we hadn’t even heard of Covid-19. Unfortunately, the Fall of 2020 will be different.

Posted in the category Educational.