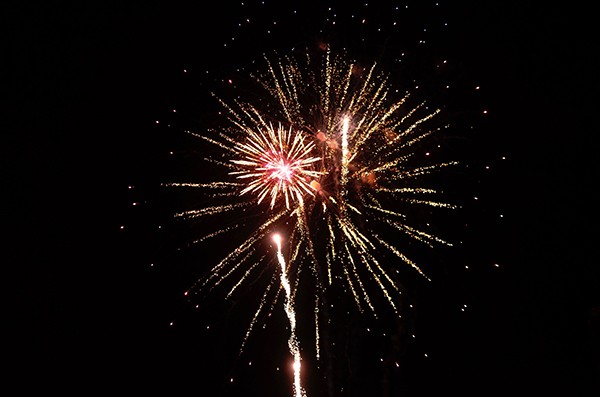 What is your most memorable event?

Recently at an event, a student that I was working with asked me how long I had worked for the company. Since the day the doors opened, was the response. She commented that over that many years we must have worked some very cool events. What is your most memorable event, she asked? Just tell me the ones that immediately come to mind because those will be the ones that are the most memorable. Believe it or not it was harder than you might think. Over the years, as a company we have been part of thousands of events, but that is not what made it difficult. When people ask that question, they are often looking for the big flashy events we have done or the celebrities we have worked with. We have had our fair share of those to be sure. It was easier to answer the question with what I thought she wanted as opposed to being 100% honest.

Before I get to the answer I wanted to give, or perhaps should have given, here is the answer that was given. Fourth of July working on the top floor of the Prudential building in Boston and seeing the fireworks at eye level. Doing a corporate event in the backstage area and on the stage of the Opera House in Boston was an awesome experience. Having Mark Wahlberg sitting on my lap at an event is not something most people can say (I was Santa and it was an event for his charitable foundation). Those are just a few of the types of events that we, as an organization, have worked at that are memorable.

However, those were not the first events that popped into my mind. What came to mind first are some of the events we do yearly that I have been fortunate enough to work, at least on occasion. We do an event every year for a hospital in Boston that the staff and patients seem to really enjoy. We have been a part of this event for about a decade and there is something about providing a reprieve for those that are going through so much that is very satisfying. Working at Camp Miracles and Magic is equally enjoyable for many of the same reasons. There are staff members that have been a part of this camp for years and it is great to reconnect with them on an annual basis. Carnival day at Hale is another one that immediately came to mind. Those campers and the staff enjoy the day and are appreciative of what we provide. None of these events are glamorous, flashy, or involve celebrities, but they were the ones that immediately jump to mind.

Honestly, the events are not what makes my job interesting, it is the people that I meet. When you have been doing this for as long as I/we have, you meet many people and they are often willing to open up and share their stories. I have met college roommates who were both adopted and yet did not know that about one another. People have shared their stories of loss and triumph. There have been more than a few that I have met that lost family members to drugs or suicide. They were willing to talk about the pain and the healing they went through. Some students that I have met had a relative in prison that they had little or no contact with. One individual shared with me that she had relatives in her family that fought against one another in World War II. Of course, I have met others that are first generation college students beaming with pride as they talk about it. There have been so many people and stories that touched, saddened, inspired, motivated, or just made me think.

For me, it is about the people that I have met and continue to meet. One of the things that I enjoy most in life is hearing and collecting stories from and about people. On the very night the student asked me the question of my most memorable events, I had two encounters that made an impression on me. One of the women that helped me that night talked about wanting to pursue a career in law. As usual, I turned up my nose (shame on me) and asked her why. Her response was that she wanted to become an immigration lawyer. This came from the experience that she and her family had. You see, they were not from this country and they had come here legally and went through the process to become citizens. What they found was the process was difficult and extremely expensive. Why a lawyer? To make an unwieldy process easier and more affordable. It is hard to argue with that.

My second encounter was with a student that was with his friend, possibly a girlfriend. They came towards the end of the night as the event was winding down. On his leg, below the knee he was wearing a very large brace that you could see was actually screwed into his leg. Of course, I asked him what happened, fully expecting a response of a slip and fall, or an auto accident. Without hesitation he said that his legs were two different lengths and he had surgery a number of weeks earlier to shorten one of his legs to make them the same size. When asked how he felt his response was that he felt amazing. There was some pain but it felt great to have two legs the same length. His friend was surprised because she thought it would feel awkward after 20 plus years to have that significant change in his body. His story was interesting but the fact that he was willing to share a story so personal to strangers was what really resonated with me.

There is one encounter with a well-known individual that was truly memorable and that was doing a job with actress Marlee Matlin. What struck me about her was not her celebrity but her humility. Each person that she interacted with she thanked for being there. Unlike some of the athletes that we have worked with, she did not rush anyone and took her time with each person that had their picture taken with her.

My best event? Hopefully it hasn’t happened yet. If you meet me at an event be prepared to answer more than a few questions if the line isn’t too long.

Ken Abrahams is a 1982 graduate of Connecticut College who, despite being an introvert, loves meeting new people. He is always up for a good story and has been known to even pay for one. Over the years he has asked countless people to tell him what are five things I need to know about you and has been amazed by some of the stories he has heard. If you see him ask him about the student he met whose family was in the KKK.